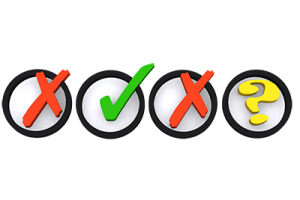 Everyone benefits from critiques, but not enough artists receive them. The Young Performers Club show competitors top input from our showcase series is that they want to receive both live and written performance critiques. We have provided written critiques from the judging panel in a few of our showcases, but the hardest part is that we sometimes get asked questions on specific comments which we can’t answer since we were not involved in the judging process. Setting up a consistent critique structure is highly recommended.
Many performers receive feedback from their teachers, family and industry professionals, but they don’t as often receive feedback from their own band members or peer musicians.

In a coaching session with a band in our development program, Catching Arrows, the national touring band, The House on Cliff, commented on how important their critique sessions are to the development and success of the band. They will review band footage after their shows and openly discuss weaknesses, strengths and opportunities for improvement. Many times they were unaware of the observations made, so they feel seeing the performance footage is super helpful. The videos also provide them information on the crowd’s engagement and interaction with the band and their music.

The Catching Arrows Band has set up a collaborative practice with another peer band, Far Reach, for the purpose of doing a stage presence clinic and critiquing each other’s performances. This is an easy session to set up, and it can prove to be very beneficial for all participants.

Critiques don’t always need to focus on the band’s weaknesses, but should also focus on the areas they are strong so they can make sure they incorporate those strengths into each and every gig.

What to look for in your critiques:

Some of the most valuable feedback can come from your bandmates, and making this a routine exercise will strengthen the overall band relationships. It is exciting to see the band make progress, and the critiques will only contribute to the progress made. The critique process can also help band members demonstrate the respect they have for each other, and being open with each other will help the band be tighter both on and off the stage. Play hard and critique harder!