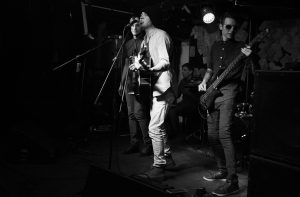 The Young Performers Club receives calls from bands all over the country regarding band challenges that get in the way of band success. It is difficult to escape band drama completely, so there needs to be a system in place for managing it. Allowing discord to get out of control will most definitely take the fun out of the process and ultimately could result in the band members parting ways.

Below are some of the issues that can ignite band drama along with some suggested solutions.

Having been in the management/development process with bands for over fourteen years, our number one recommendation has always been to address issues as they happen, and be consistent with parent meetings. Coda Sky has been managed for five years, and our newest band, Catching Arrows, has been together for seven months. These two bands have a great group of parents and the performers and parents all respect each other. Both bands operate by a detailed Communications Agreement which addresses day to day band management and future decision making processes.

The band members know when there is band drama, even if the parents try to keep it quiet. This causes silent stress and can get to the point where the band members don’t want to continue with the band. All it takes is for one parent or band member to make a comment about another member, and have it get back to the band. This creates trust issues, causes major insecurities and overall paranoia. Bands need to focus on the positives and let that energy drive the band forward.

Parent meetings and band member only meetings are critical to the band’s success. It provides a great forum for discussing the band’s progress and addressing any issues that could cause unneeded band drama.

It is about having fun, getting recognition, celebrating success and establishing powerful relationships. Band drama eats away at progress and stalls the band’s success. Avoiding drama will be challenging, and it requires focus and open communications every step of the way.